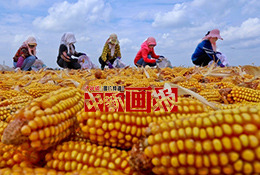 In the last decade, the number of statistical observational constraints for planet formation theory has increased enormously. One approach to benefit from this new data is to develop on the theoretical side global end-to-end models of planet formation and evolution. By combining the results of many models on individual processes like gas and solid accretion or orbital migration, global models are capable of predicting observable properties of planetary systems given protoplanetary disk initial conditions. When used in a planetary population synthesis approach, the results of such models can be compared statistically with observations. In this talk, I will first describe our recent efforts to develop an updated comprehensive global model that is able to make predictions for very different planet types ranging in mass from Mars to the deuterium burning limit, and in orbital distance from star grazing to very distant or even rogue. After a short overview of the statistical results produced with this model in population syntheses, I will focus on two specific aspects: first, I will discuss how different disk initial conditions lead to the emergence of four types of planetary system architectures. These different classes distinguish themselves by the number, type, and layout of the planets they contain. This is the consequence of different physical processes which were dominant during their formation, like giant impacts, orbital migration, or planet-planet scatterings. Second I will discuss how these different classes also provide an explanation for the observed radius valley in the Kepler planet population.